I don’t want to toot my own horn here or jinx anything but I am on a role with reading books recently! I think it’s because everything I’ve read lately has been really fast paced and kept me flying through its chapters on the edge of my seat. I came across Lindsey through Booktube and particularly through Sasha Alsbergs channel and the fact that they both wrote Zenith together. After reading the synopsis I was instantly drawn in and excited to pick it up and I’m glad I did as it was a chilling, action-packed adventure but pre-warning the story is full of blood and killing which I was expecting but not to this extent!

Meadow Woodson, a fifteen-year-old girl who has been trained by her father to fight, to kill, and to survive in any situation, lives with her family on a houseboat in Florida. The state is controlled by The Murder Complex, an organization that tracks the population with precision. The plot starts to thicken when Meadow meets Zephyr James, who has a secret past of his own which will lead them both on a path of danger and mystery.

Again I don’t want to give anything away in the synopsis but I loved that fact that the chapters were short and left you on a cliffhanger or revealed important information because that just kept me reading on and I couldn’t stop. The idea behind the Murder Complex I thought was really unique and interesting and I look forward to discovering more about it in the next book. Although I loved the fast pace of this book I felt at times it went too quick and I was a bit confused at what had just happened. I just wish instead that we got a bit more detail, character development and emotion because without that I found it hard to connect and love the characters. As for Zephyr and Meadow, I didn’t love these character but I still ship them because they really do care for each other and I like the idea that they balance each other out as Zephyr teaches Meadow how to trust while Meadow teaches Zephyr how to survive. However, I felt like their relationship was a bit forced in the middle of the book and to improve I would have like to have seen it develop and slow down a bit more which it was beginning to do at the end of the novel.

Despite the fact that this book has all the typical elements of previous YA dystopian reads like Marie Lu’s ‘Legend’ series and ‘The Hunger Games’ it was still an enjoyable read and if you’re a fan of pretty much all dystopian and just want an easy read then this book is for you! 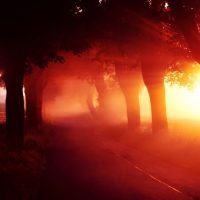 Imagination is our only weapon in the war against reality

Find Your Next Great Read!